At its December meeting and, as part of the approved 2017 Annual Budget, the board of directors included up to $5K for assessing the feasibility of constructing, and maintaining a community center for Ranch Association members.? The analysis will include assessing need, and development of design specifications from which construction, furniture and equipment, as well as operational, and continued maintenance costs can be more accurately estimated.

The board would like to establish an ad hoc Feasibility Study Committee to oversee the analysis, and present its findings prior to the Annual Meeting next August when the membership can further consider the project with the benefit of hard data.? Members in good standing are asked to contact President Tom Wells or any of the board members if interested in serving on this Committee.

Over five years ago, rough plans were drawn, and the idea was considered by the board conceptually (without hard data). But the majority of the membership at that time was not in favor of proceeding.? At the last Annual Meeting, however, several members expressed renewed interest in the idea, and the board believes the project deserves further consideration for a number of reasons:

First, the ?demographics? of the Ranch have changed considerably with the addition of many more permanent residents over the last five years, and members building permanent residences at a faster rate than in the past.

Second, our current Ranch office, and meeting room are rapidly becoming antiquated, and inadequate for accommodating more members attending board meetings, and other RORA meetings such as group/club social activities, and board committee meetings.

Finally, it is a significant logistical undertaking locating, and preparing a venue, setting up food preparation, and service equipment, and otherwise furnishing adequate Ranch-wide venues with borrowed furniture. A community center would simplify this process, and encourage more participation, and better attendance at these functions.

The board perceives the character of the Ranch, and the needs and desires of many permanent and seasonal residents are changing. Please consider joining the board?s efforts to better assess those needs and how they may be better served. 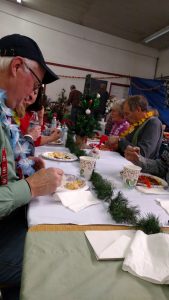 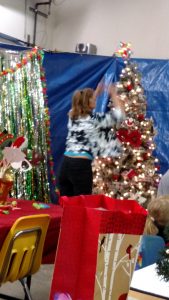 Merry Christmas to all my neighbors in the Ranch of the Rockies. We had a good turn out at the Christmas Party on December 10th. ?We changed it up a little bit at this years event, and had a Hawaiian theme, and played a couple of interactive games with prizes at the end. 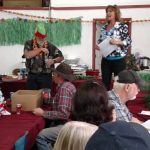 A number of our neighbors brought children?s gifts and the children that attended got to choose two gifts each and we had a big box of gifts left over that the Association donated to the Angle Tree of Park County. Way to go Ranch of the Rockies. To me the biggest part of the event was the children at the Tree and the neighbor?s interaction. 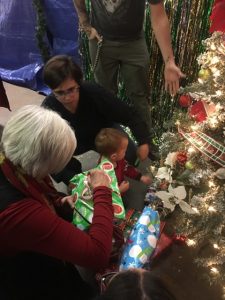 From all appearances, they had a good time. A lot of effort was put forth to accomplish the party?by the Hartsel Fire Protection District, the American Legion Hall of Buena Vista, Volunteers, neighbors lending equipment, Activity?s Committee, Ranch Manager and his wife and Board members. 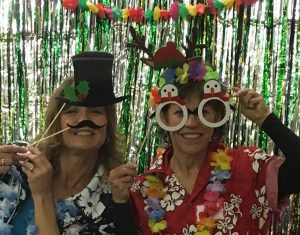 What was nice to see, is the help we received from the community in breaking down the event at the end. That helped tremendously in getting everything back in order and loaned equipment back to their rightful owners. Enjoy the photos and please if you attended give us your constructive input so we can make improvements and adjustments in our planning for future events. Thanks to all that attended and the many Volunteers.