We had a well-attended annual meeting on Saturday, August 14, 2021; some even commented 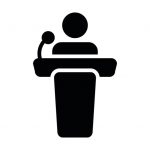 The meeting began with the 4 candidates for the 2 open board positions speaking to the membership and candidates responded to questions that were asked. Many expressed a thankfulness for having 4 great candidates to choose from, all four having a lot to offer the Ranch.

Only one member, Mr. Ken Bellinger, spoke to the membership about several issues and all the board members were impressed by how much Ken said that had been topics of discussion in recent board meetings; issues the board sees as needing to be soon addressed.

Next, we heard the annual reports from our Architectural Committee, Water Committee, and the Rules Enforcement Committee. A special thanks was given to Tom Wells, who retired from the Water Committee this past year. Tom has served the Ranch in many capacities and remains the water augmentation plan expert and continues to share his knowledge of such.  Following these reports, each board member gave a brief report on their areas of responsibility and many good questions and comments were asked and made from the membership. Then the Ranch Manager, Joshua Ezell gave his annual report, having been in the position right at a year.

We then heard from four community members, Sheriff Tom McGraw, Paul Mattson from South Park Ambulance, Commissioner Ray Douglas, and Division of Wildlife officer Tyler Stoltzfus. Hartsel Fire Chief, Chris Tingle, was in attendance yet missed this part of the meeting due to being on an emergency call at this point of time. They all reminded us of the work going on in the county regarding safety and improvements even in the face of limited tax dollars and told us of upcoming ballot issues to do with the increasing of tax revenues.

We then recessed and moved into the lunch part of the meeting and the two newly elected board members, Rob Cleve and Suzan Gebow were announced. Later that afternoon the meeting was reconvened for the new board to elect their officers. That resulted in Clay Bandy as President, Gary Woirhaye as Vice President, Dennis Ann Strong as Secretary, Suzan Gebow as Treasurer, and Rob Cleve as Member-at-large.

The entire Board of directors is very optimistic of working together for the good of the property and home owners of the ROTR. Even in the last 48 hours (at the time of this writing) of working together a lot of work has been volunteered for and started which will result in the agenda you will see for the September 11th meeting. 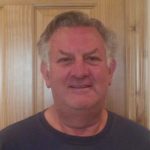 Clay Bandy, President of the Board